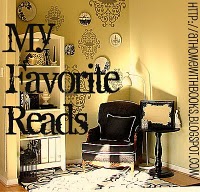 In the Heart of the Sea: The Tragedy of the Whaleship Essex by Nathaniel Philbrick.

From the inside cover: The ordeal of the whaleship Essex was an event as mythic in the nineteenth century as the Titanic disaster was in the twentieth. Nathaniel Philbrick now restores this epic story — which inspired the climactic scene in Herman Melville’s Moby Dick — to the rightful place in American history.

In 1819, the 238-ton Essex set sail from Nantucket on a routine voyage for whales. Fifteen months later, the unthinkable happened: in the farthest reaches of the South Pacific, the Essex was rammed and sunk by an enraged sperm whale. Its twenty-man crew, fearing cannibals on the islands to the west, decided instead to sail their three tiny boats for the distant South American coast. They would eventually travel over 4,500 miles. The next three months tested just how far humans could go in their battle against the sea as, one by one, they succumbed to hunger, thirst, disease, and fear.

Nathaniel Philbrick brings as incredible story to life, from the intricacies of Nantucket’s whaling economy and the mechanics of sailing a square-rigger to the often mysterious behavior of whales. But it is his portrayal of the crew of the Essex that makes this a heart-rending book. These were not romantic adventurers, but young working men, some teenagers, just trying to earn a living in the only way they knew how. They were a varied lot: the ambitious first mate Owen Chase, whose impulsive nature failed at a critical moment, then drew him to a more dangerous course; the cabin boy, Thomas Nickerson, whose long-lost account of the ordeal, written at age seventy-one, provides new insights into the story; and Captain George Pollard, who was forced to take the most horrifying step if any of the men were to survive.

This is a timeless account of the human spirit under extreme duress, but it is also a story about community, and about the kind of men and women who lived in a foreboding, remote island like Nantucket — a pioneer story that explores how we became who we are, and our peculiar blend of spiritualism and violence. Its richness of detail, its eloquence, and its command of history make In the Heart of the Sea a vital book about America.

My thoughts: It’s been a very long time since I read this book but each time I see it on the shelf I remember how captivated I was by this story. It wasn’t just the survival aspect but also the lifestyle that the men who worked on whaleships lived. I don’t need to tell you just how difficult, dangerous, and disgusting the work is. They chase down a monstrous beast in tiny boats and then haul the slaughtered whale aside to dismantle it. The actual work is worse than I could have imagined.

There are some amazing personalities in this book as well that deserve mention. The accounts of their survival and the lengths they went to to survive are terrifying and horrifying. I was reviled by their actions yet couldn’t stop reading because I wanted to know what would be next. I won’t tell you more but if you think about several men living on a tiny boat floating in the Pacific with no food or water, I think you know where the story goes.

In the Heart of the Sea is not a book for the easily queasy. There are things in this book I wish I hadn’t read but, that aside, it was also one of the most fascinating books I’ve ever read. The information about whales, whaling, the community of Nantucket, and the economics of whaling and the impact on the community were facts not be forgotten.